“The creator gives the power to give to him who has everything he wishes”.

Fertility not only refers to the reproductive capacity of beings, plants, animals or humans, it is also becoming, development, creativity, evolution and movement that rejects inertia and advances life. Thus we can refer to the Greek myth of the Cornucopia or Horn of Plenty, which has been depicted as a symbol of abundance for some Eastern and Western cultures, that is still present and has taken shape in the collective imagination as a recurrent symbol which is usually depicted as a horn-shaped container overflowing with flowers, beads or other things that symbolize wealth.

The horn is a material that is closely linked to my origins, because my grandfather and my father used to make their craft as a form of family subsistence. In that sense, this material is representative of my prosperity and good fortune in my family also has meant the development, creativity and movement, “fertility”.

This encounter with my origins through the material (horn) is interesting if we think it preserves the past, because inevitably magical powers were attributed to the form or material. In this sense, the unconscious form of my amulet is loaded with power. The material was always there waiting for someone to transform it and again inevitably it always symbolizes fertility, abundance, prosperity and creativity.

The amulet pendant is treasured in the heart and its form expresses an unconscious gesture, the live movement, like a living seed about to germinate.

The materialization of this connection is performed with a ritual. This act provides a structure, order and meaning to people’s lives, says the conviction, so it is important that the object-amulet in this act be enshrined as an object of power to allow the will connected with the divine to be able to materialise its desire.

The pendants are given only for free and they are totally off the market. Cornucopia project has been performed join Santiago_Chile (2011), Melbourne_Australia (2012), Wellington_New Zeland (2012), Buenos Aires_Argentina (2013), Atacama Dessert_Bolivia_Perú_Chile (2014) and Finland (2015). 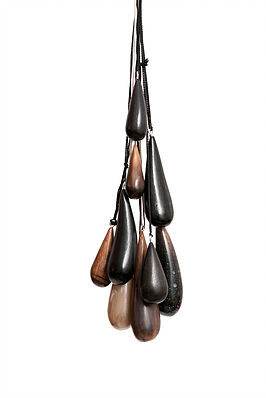 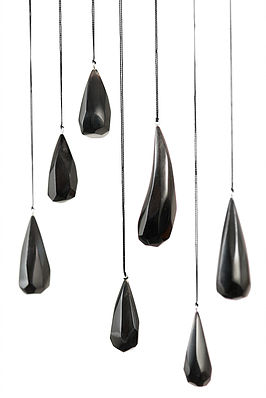